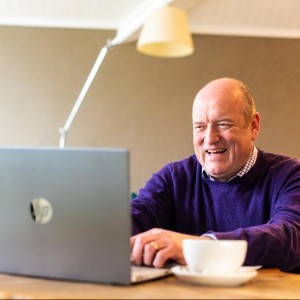 Lockdown and What Next?

We are now, after several weeks, very used to the idea of lockdown following the impact of the Coronavirus Pandemic.  There has been, what has been described to me as an ‘industry busting pandemic’ but the reality may be a little different.

Yes, our industry for the most part has been forced to temporarily shut up shop and close.  However, when we look back in a year, or two or perhaps even 10 years will it have changed very much, or will we even remember it?  I have come across two vastly different reactions to the enforced closure and now the prospect of reopening sometime soon.  There is a very British willingness to just stay calm and carry on regardless.  We portray it as the ‘Dunkirk Spirit’ or the stiff upper lip for which we are famous for.  They diligently sit by their TV sets at 5pm hanging on the words of the Prime Minister.  It feels vaguely like some strange homage to the households of the second world war, when people clustered around the wireless.  They were and we are, sitting waiting to be told what to do and how to do it.

But in contrast there is an optimistic and probably opportunistic element, who do not want to stand by and watch as we all go under.  They refuse to be constrained and to stay calm.  They would rather unleash their imagination and their ideas on the world to ensure that they survive but also that other people can benefit from their ideas.  I live in a village with several pubs, cafes and restaurants.  Yet for 2 months they have all been closed.  Last week, nearly 2 months into lockdown we went for a takeaway in Ulverston.  The queues were huge for fish and chips, Chinese and Indian food, which was not an accident.  We went to Barrow and laughed at the queue outside the drive through Costa Coffee which had just reopened.  People are sociable animals and they need our industry in just the same way that we need them.  However, it is staggering that none of the businesses in our village can see the potential to reopen as a takeaway.  It is remarkable.  The business owners do not know what to do, they want to provide jobs but don’t want to worry people.  They are not sure what they can or cannot do, no one is telling them what to do.

Who do they think they are?  Couldn’t they just do the research or come up with the ideas?   If they want to employ local youngsters, then wouldn’t opening your business be the way to do that?  Instead they sit and complain about how hard it is.  It is heart breaking because I suspect their inaction will in the end ensure that not all of them reopen and consequently not all those youngsters will have a job to go back to.  The business is there because people are like moths drawn to the light.  We enjoy social contact and even the illusion, a takeaway, is irresistible to us.

As though to prove my point, as I cycled around Coniston Water today, the lake shore was littered with these knots of people.  They were up to all sorts paddling canoes, frying bacon, and splashing about in the water but actually all just being sociable; whatever the rules.  They wanted, perhaps needed some other human contact.  Our industry will recover, and I suspect it will happen relatively quickly, but it will be the innovators and imagineers who will ultimately win the day.  The winners will be those people who know what their business is and really understand the value of the experience.  Those who simply turned the sign around to ‘open’ and take up where they left off could well struggle and probably deserved to.

My hope is that as our industry returns it will be full of people who are passionate about food and drink or hospitality but most importantly great customer experiences.  It will be full of those innovators and imagineers who saw the potential that excellence and responding to customer needs could bring. I am not sure that ‘stay calm and carry on’ will really deliver either for those who have chosen that course of action or for our industry.