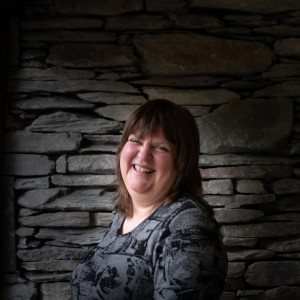 Hotel Catering Restaurant Show – Did I miss something?

We toiled to get there, the train was delayed and then cancelled because of the horrendous flooding between us and London.  We travelled through a landscape that was still inundated, water covering vast swathes of land either side of the tracks virtually all the way down.  All this a sign of a changing climate.

But when we arrived it was as though a whole industry hadn’t noticed or was it worse; perhaps we don’t care?  The disappointment with my first impression, that The Hotel Restaurant and Catering show, the successor to Hotel-Olympia seems to have shrunk to a shadow of its former self was met with a slow realisation of what lay behind that.  As we walked the show we came across loads of ‘eco packaging’, all of it provided by Chinese companies.  Nothing against them particularly, but how is it environmentally friendly when the huge number of salesmen have flown here to sell to us and then the product itself is shipped from the other side of the globe?  Where were the more local companies who produce this stuff?

At the end of my tour we wandered into the Salon Culinare, the pinnacle of gastronomic skill, the ambition of every chef or so you would hope.  Instead we were met by arrays of carvings from fat, decorated cakes and teams of chefs turning out one or two plates of food to immaculate standards.  However, I am not sure that I can ever recall being asked by a customer to provide a near perfect replica of the monster from Aliens carved in fat.  It was an amazing feat of skill and ingenuity but is that a skill I, or anyone else, needs in the kitchen today?  Or do I need a perfect replica of a roasted ham which is made from cake; an equally bizarre and irrelevant proposition?  It all felt a bit conceited and irrelevant.

As we left, we popped into the Future Build Exhibition across in the other half of Excel.  It has nothing to do with hospitality and catering.  In fact, I entered on the understanding that the construction industry is hugely carbon hungry and not interested in change.  I could hardly have been more wrong.  The place was filed with innovation and challenging ideas, everything from renewable energy to a company selling individual bricks designed to help solitary bees and insects.

I left Excel feeling slightly embarrassed that I had been to the HRC show and seen how ignorant or perhaps arrogant we are as an industry.  Climate change and just change generally aren’t for us, we don’t need to change; what a mistaken belief that could be.  I was however, inspired by a bunch of builders who were really taking on the challenge of climate change and innovation.  You know, I am a little saddened that I walked away being inspired by another industry and that my own seemed to be adopting an Ostrich like approach to the future.  I sincerely hope the Northern Hotel Restaurant and Catering show have a more ambitious and aspirational approach to the future.